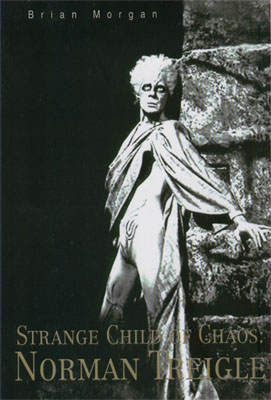 
To be perfectly fair, this European reviewer, in his early years, knew very little about Norman Treigle (1927-1975) nor his reputation.
Even though his career was mainly American based, he never sang at the Met. It seems that whenever his name reached Europe it was either through his recordings with Beverly Sills or the late Mefistofeles.

Therefore, this is indeed a very welcome book about an underrated American star. Lets say, at once, that this fascinating book is a winner and a wonderful addition to the library of operatic biographies.
From the moment of first reading, one realises that the author has undertaken the necessary pains to get the story right while at the same time keeping a correct balance between his admiration for the singer and the facts.
The 287 pages are extremely well-researched and they include a discography, a videography and a chronology. While the commercial discography is complete the listing of live recordings on CD, surprisingly, is not. There are at least three omissions on the Gala and Bella Voce labels.

There is also some biased Bing bashing concerning his non-engaging of Treigle for the Met and surprisingly music critic Martin Bernheimer is quoted as saying "Ramey never had a fraction of the talent that Norman had.
I guess Bernheimer refers to the charisma of the singers and not their respective vocal talents. Some readers will understandably complain about the lack of photographs as Treigle was labelled a singing-actor. Photos and an index would likely have made the book too costly to produce and one must be grateful to iUniverse for having taken the risk to publish a book that deals, for once, with someone other than Mme. Callas or M. Pavarotti.

In this first and definitive biography of the legendary bass-baritone, you will read about his colourful life in New Orleans, his self-destructive life-style, his complex character, why he never sang at the Metropolitan and his early, sudden death at the age of 47.
Brian Morgan is to be complemented on a narrative that clearly shows his knowledge of music and singers in general and his meticulous attention to factual detail.

The book is available through: www.gardendistrictbookshop.com